On the pampas the skylines appear to escape. The llamas are brilliant, the mists inconceivably white. We let the bicycles run. All of a sudden, the perspective changes. The lead bicycle ascends over the line of the skyline, a rider thrashes through the air 10 feet over the ground. This is bad. Jeff has gone off the street at 70 mph. Katie goes into paramedic mode, quieting Jeff, running her hands up his spine, testing, checking ribs, legs, arms. The fall has tore his visiting coat from shoulder to waist, peeling the back defender to uncover the We-Build-Bridges T-shirt. He is scraped, however inside of minutes is snickering, blazing the “I Can’t Believe I’m Still Alive” smile that is his default expression.

Ryan pulls the bicycle up and begins gathering the bits scattered over the desert. The baggage is obliterated. The right handlebar is bowed just about to the tank. Mirrors, turn signs, front bumper snapped off in a microsecond. Both wheel edges have scratches. Extraordinarily, despite everything it runs. He puts the parts that still work back on the bicycle, takes it for a test ride. It will last another 7,000 miles. Our aphorism: We Will Make This Work.

The excursion came up much sooner than I was prepared. A telephone call, a welcome to follow alongside a gathering of BMW riders leaving on a five-week, 8,000-mile venture from Peru to Virginia. I would archive the ride, a gathering pledges exertion for a gathering that assembles footbridges in remote zones of the world. I’d been considering a long ride, something open-finished, without bolster vehicles, the experience of being thoroughly “out there.” This appeared to possess all the necessary qualities. 33% of the separation around the globe with complete outsiders. I had a fresh out of the plastic new BMW F 800 GS and it was parched. In the event that there was a final turning point, I crossed it before I hung up the telephone. 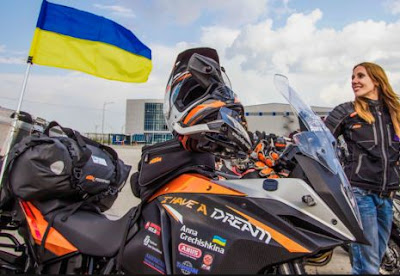 To begin with, the riders. Ken Hodge is a protection advantages authority and part on favorable terms of the Newport News Rotary Club. He found cruisers late in life, when he purchased a bicycle, rode it crosswise over nation in 48 hours, then started to long for a greater enterprise, something for a decent purpose.

He enlisted his little girl Katie (a flame office paramedic), his stepson Ryan (a workman and soil bicycle rider) and Ryan’s closest companion Jeff. I’m inspired by their arrangements. They ride old BMW R 1150s and F 650 singles. Ryan had put in a year recharging the bicycles, jabbing about the internal breaks, remembering the shop manuals for every machine. They would convey enough apparatuses and parts to handle each crisis.

We stop at Nazca to see the old figures scratched in the rough abandon. From the highest point of a tower we can see a figure with raised hands. Just toward the north, the Pan-American Highway cuts up the figure of a reptile, executing the animal. Bound by the tight center of metal travel levels, the surveyors who laid out the street were not by any means mindful of the hallowed relics, found when flying flight got to be regular.

I understand that we are as blinded by center, by focus as the surveyors were by their instrument. The outing will be a progression of pictures, sidelong looks, caught at rate.

Relatives of the general population who manufactured the Inca trail, Peruvian developers know their stuff. In any case, it’s the tracery, the oversaw stream of force, that has our admiration. The street rises old seabeds, slopes secured with bone, cracked dry edges with cornices etched via avalanches. Late morning, we wind up on a high pampas occupied by a great many vicuña and alpaca. Out there, our first sight of snowcapped tops. There are stone corrals on adjacent slants, one-room cabins. Amidst this monster no place, a solitary shepherd strolling in favor of the slope.

We find that the separations on maps are those of the condor. We travel unbelievably wound streets that occasionally take a hundred turns (and a few miles) to get starting with one edge then onto the next. The guide demonstrates towns, yet to our dis-may not all have service stations. We purchase gas in a little station from a lady who spoons it out of a pail with an espresso pot, then pours it through a plastic, woven kitchen pipe into our tanks. The entire town watches. We push on into the diving night. We make it to the following arrangement of lights, 20 or so structures on two avenues, discover an inn, and park our bicycles in an encased lawn with canines, chickens, dead feathered creatures, plastic jugs and a creature conceal tanning on the divider. Rather than the typical way out signs, the eatery in our inn has green bolts that say “ESCAPE.” It is not a feedback of the sustenance. The strengths that drive the Andes skyward have been known not entire towns