“[Britney] I’m back,” tweeted pop star/enfant awful Justin Bieber. On the off chance that his 2015 VMA execution was anything to pass by, he would not joke about this.

While “Where Are U Now,” Bieber’s single with Skrillex and Diplo, has been climbing the outlines all mid year, Bieber himself has stayed under the radar. Therefore, his VMA execution was his opportunity to remind everybody why they loved him in any case, after all the more as of late distancing fans with his more forceful jokes. 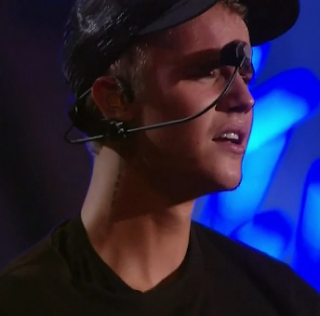 His execution on the VMA stage was as clear as the VMAs get, notwithstanding completion with laser lights and Bieber coasting upward toward the roof. Whatever is left of the set, including both “Where Are U Now” and Bieber’s new single “What Do You Mean?” flaunted Bieber’s falsetto and move moves (which obviously exist!).

When the execution was done and Bieber was securely back on the ground, the pop star was slouched over on his knees, breathing hard — and wailing. Plainly of every one of us, Bieber required this execution the mos